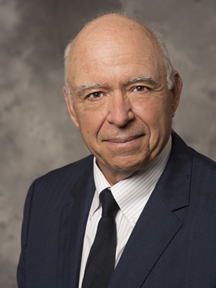 For the past forty years, Gene has been the president, and/or chief executive officer of a series of public and private oil and gas exploration and production companies, including Zion Oil & Gas, Inc. [NASDAQ:ZN], Cotton Valley Resources Corporation [AMEX:KTN], Aztec Energy Corporation [NASDAQ:AZCE], American International Petroleum Corporation [NASDAQ:AIPN], and the oil and gas subsidiaries of Moore-McCormack Resources, Inc. [NYSE:MMR]. During that time he was the principal officer responsible for drilling hundreds of exploratory prospects resulting in more than 50 new oil and gas field discoveries in the United States. He also actively managed more than 20 separate acquisitions of producing oil and gas properties (aggregating more than ($100 million) and more than $250 million of financing transactions (private placements, public offerings, syndicated bank loans, and institutional convertible debt transactions) in oil and gas, banking and healthcare.

For a period of almost ten years, Gene was the senior executive in charge of a team of crude oil and refined petroleum products traders who built the business to almost $1 billion per year in revenue, principally moving LPG's, naphtha, diesel fuel, gasoline and light and heavy crude oils. As CEO of a 30,000 B/D refinery in Louisiana, he was responsible for long term product sales, crude oil purchases and processing agreements.

Early in his career, Gene was trained at Sinclair Oil Corporation in international exploration and production management, served as manager of planning and assistant to the president of Texas International Petroleum Corporation and petroleum economist for DeGolyer and MacNaughton.

Outside of his petroleum industry interests, Gene has also served as Chairman of a National Bank, acting CEO of an integrated healthcare facility, chairman of a private school board, and president of the board of the Snipe Class International Racing Association-USA. Throughout his career, Gene has also provided pro bono financial and management consulting services to a number of non-profit organizations.

Gene holds a Master of Science in Industrial Management from M.I.T., where he was a Research Fellow in petroleum economics, and a Bachelor of Engineering in Civil Engineering from Cooper Union. Gene is a registered professional engineer and holds securities licenses series 22, 63, 79 and 82.